There is plenty to be optimistic about when it comes to further BTC price gains, RSI analysis concludes.

Bitcoin is in for a new “big rally” as market strength copies conditions from after the 2018 bear market.

According to the latest analysis, BTC/USD will continue to head higher “after some consolidation” thanks to key signals from its relative strength index (RSI).

With the BTC price gains still coming, Bitcoin bulls are feeling increasingly confident despite widespread mistrust of the longevity of the current rally.

RSI, he noted on Jan. 18, had printed a long-awaited bullish divergence on weekly timeframes — something which has never happened before.

“BTC printed a rare weekly RSI bullish divergence. Never happened in BTC history, a once in a life opportunity,” he summarized on Jan. 21.

RSI is a fundamental gauge used by traders to determine whether an asset is overbought or oversold at a given price. The weekly print has been long in the making, with Cointelegraph reporting on its arrival in advance at the end of last year.

“Technicals were there, charts were screaming bottom but as usual majority was in full bear mode,” Wolf added. 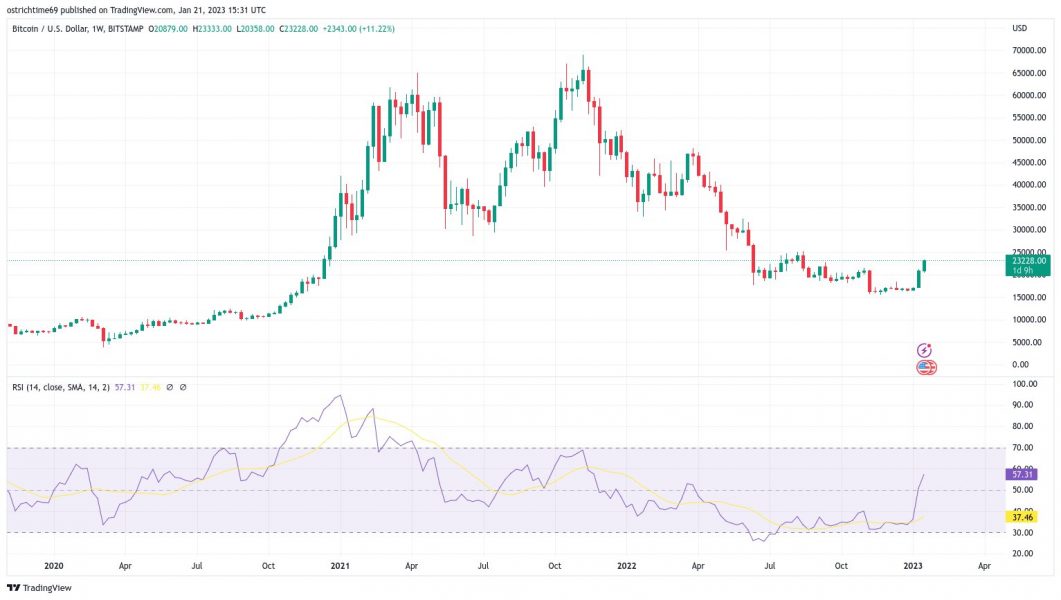 Analyst: “Some consolidation” will precede upside

With that, Bitcoin is beginning to repeat the kind of renaissance last seen at the end of its previous bear market in early 2019.

Trader and analyst Trader Tardigrade, also known as Alan on social media, thus predicts that the good times will continue for a while to come.

“BTC has been repeating the pattern in RSI and Price Action to 2019 bottom,” he told followers last week.

“On daily chart, 1. RSI Strong uptrend to overbought zone 2. $BTC had a significant drop before that 3. Sudden buyers bought up $BTC. Big rally will be following after some consolidation.” 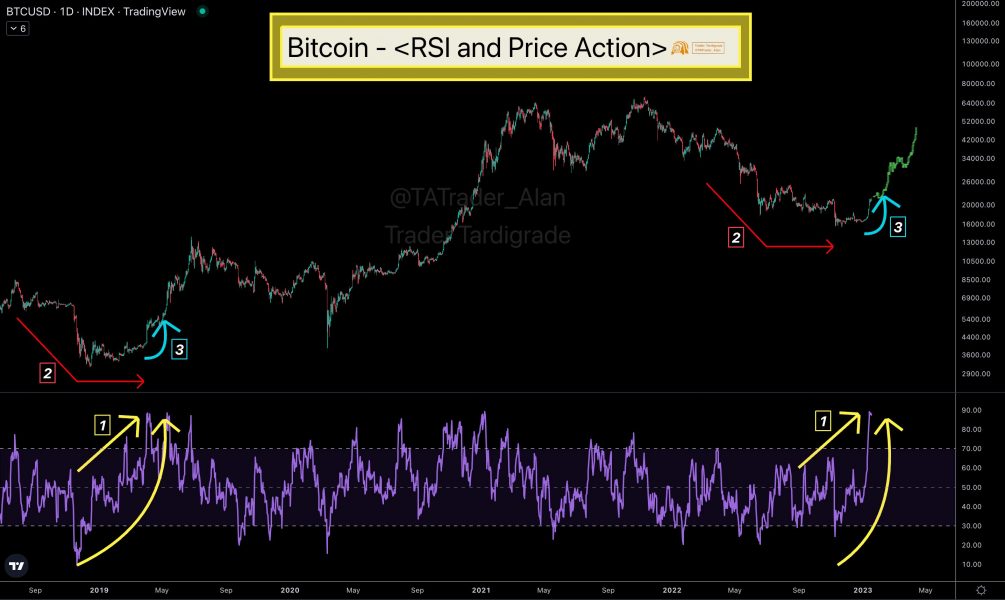 Daily RSI stood at near 87 at the time of writing, Data from Cointelegraph Markets Pro and TradingView showed. 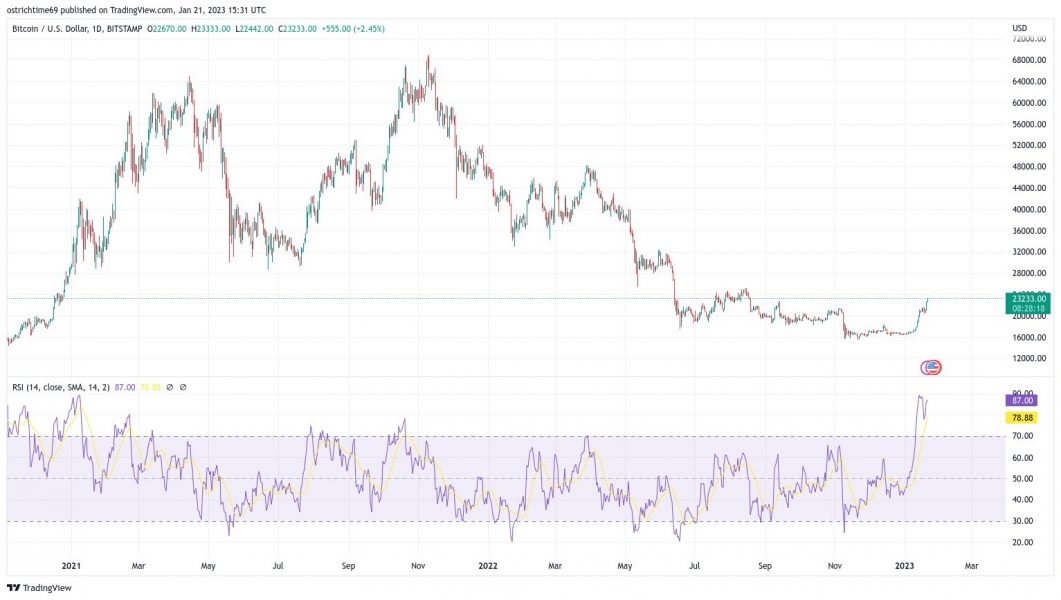