Coinbase Ventures, the investment arm of crypto exchange Coinbase, recapped what it did in Q1 and what it sees happening in crypto over the rest of the year. One of the most active venture capital firms in the crypto market made 71 investments over the first three months of the year, with a record $12.5 billion in total.

“Given that we invest in projects in their infancy, our activity can offer a lens into what the industry has in store in the near future,” wrote Coinbase Ventures associate Connor Dempsey in the company’s blog post published on April 21. 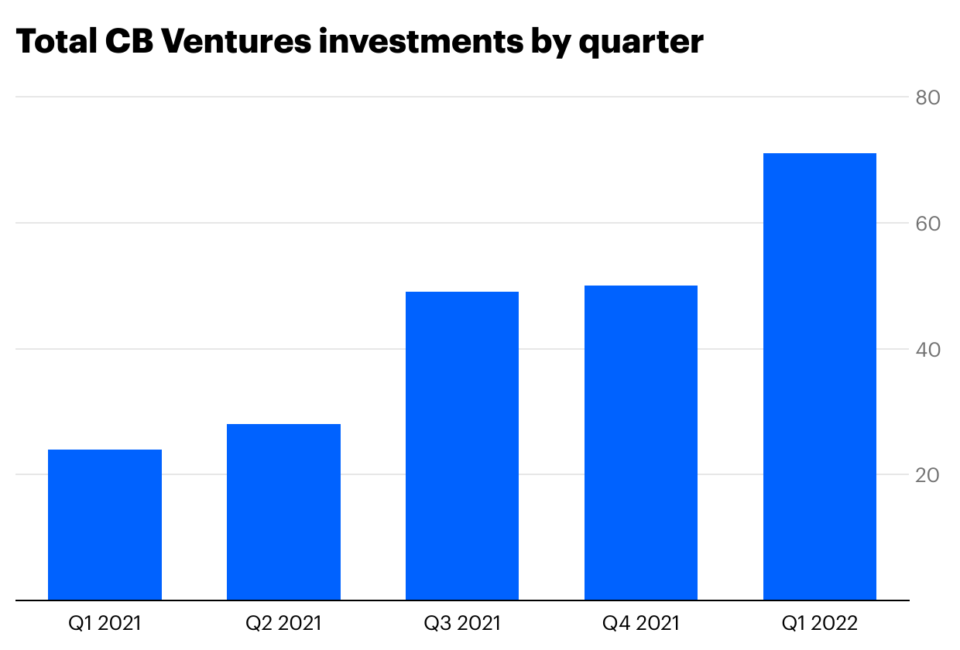 Among a lot of things like infrastructure to make blockchains work better, make cross-chain transactions safer and more efficient, building payments and payroll management platforms for the much-hyped next-generation, blockchain-based version of the internet, and Web3, there’s one big thread running through Dempsey’s outlook – the need for community and communication. 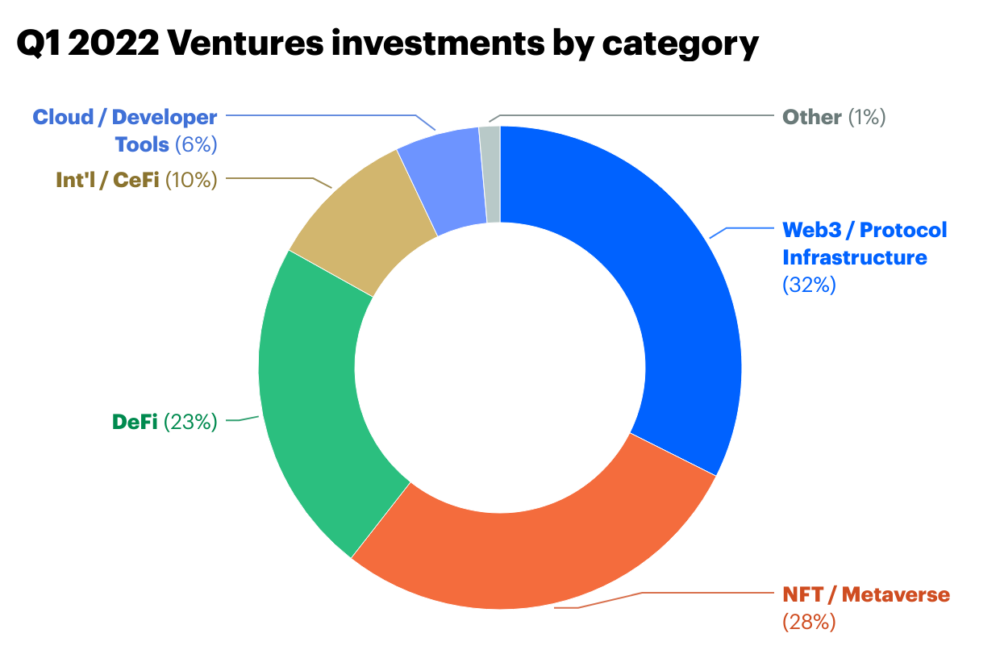 In the blog post, Dempsey noted that while last year’s NFT activity “centered around simple buying and selling (aka flippin’ JPEGs), the next wave of projects are building utility around NFTs.”

That can mean decentralized finance (DeFi) lending protocols that let users put up valuable NFT collectibles as collateral, rather than just cryptocurrencies, or infusing NFTs into more familiar gaming formats by making it easier for developers to integrate them into existing titles.

Meanwhile, the company recently launched a beta version of its long-awaited new marketplace for NFTs, Coinbase NFT. And while it can leverage the company’s 89-million-person user base, its main point of differentiation is its focus on community building, said Coinbase V.P. of product Sanchan Saxena.

The marketplace is about “more than just buying and selling, it is about building your community. It is about making sure that you can connect and engage with them on the platform,” Saxena said. “It’s a very social marketplace.”

Dempsey also pointed out that Coinbase has partnered with Yuga Labs, the developer behind the hottest of the NFT collectibles, Bored Ape Yacht Club (BAYC). While community building was behind BAYC’s initial success, the latest venture is a Coinbase-produced movie trilogy in which Ape owners can submit their collectible avatars for casting.

As per him, the whole Web3 gaming sector, built on an NFT infrastructure, is booming thanks to Axie Infinity’s $4 billion NFT sales boom. 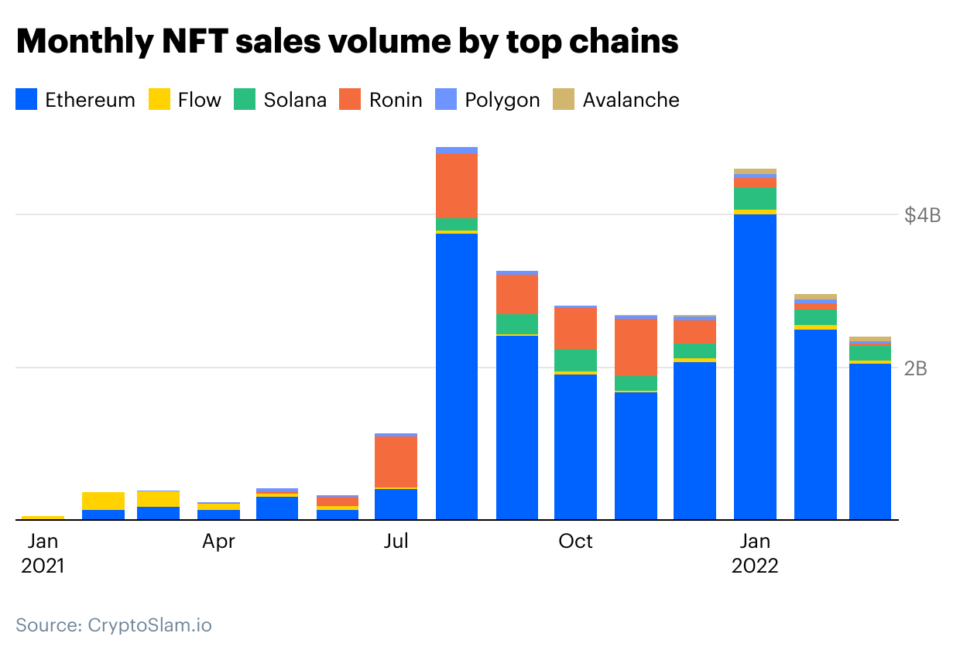 According to Dempsey, while the play-to-earn, MMO game’s sales have been dropping deeply, it “was enough to put the entire gaming world on notice and the next wave of blockchain-based games have been quietly raising [funds] ever since.”

Concerning the infrastructure, Coinbase Ventures is betting on Ethereum killers like Solana, backing the “foundational apps and protocols needed for an ecosystem to thrive” – the automated market makers, lending/borrowing markets, oracles, and yield farming ventures that proved central to Ethereum’s DeFi industry.

The company is also betting on cross-chain projects in order to support the growing need for “value on one chain to flow to another.” This means Ethereum competitor Polkadot, which can be thought of as a central hub linking 100 separate “spokes” – separate blockchains that can interact through that hub.

Dempsey also noted supporting companies that allow cross-chain payments, but in a safer and better-managed way than the DeFi bridges protocols that have been seen hackers exploit flaws to steal more than $1.5 billion in less than a year.