According to Coinshares, about $506 million has been invested in exchange-traded Bitcoin funds since the start of the year, with $126 million of it flowing into ETPs last week. Contrary, Ethereum-based funds saw outflows for a ninth straight week.

Investors appear to be allocating to Bitcoin at the expense of Ether (ETH) and other altcoins. Ether funds saw $32 million in outflows, marking the ninth consecutive week of declines. Outflows from Ether investment products have totaled $357.4 million this year.

It shows a stark contrast in sentiment among investors when it comes to the two most popular cryptocurrencies. 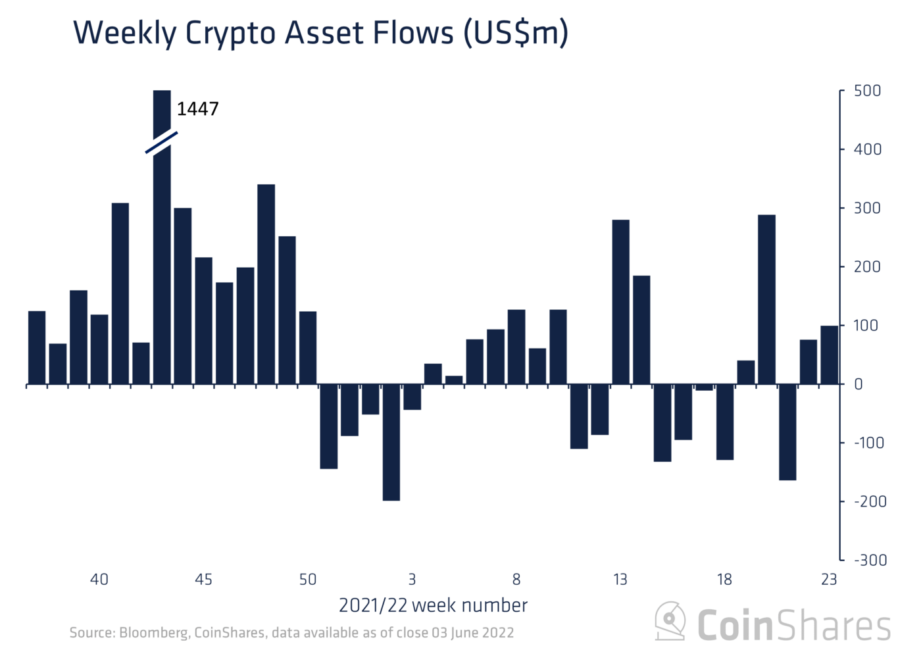 At the same time, investments in multi-asset crypto funds rose by $4.3 million last week, bringing the year-to-date total to $201.3 million.

Grayscale remains the single largest digital asset manager with over $27 billion under management. Roughly 99% of Grayscale’s total assets are devoted to the Grayscale Bitcoin Trust, also known as GBTC.

Meanwhile, Bitcoin barely avoided its 10th down week in a row by closing on Sunday at $29,900, as BTC price endured nine consecutive weekly declines, the longest in history.

However, despite investor sentiment having entered a long-lasting period of “extreme fear” on the Bitcoin Fear & Greed Index, there are some positive signs that institutional investors are “buying the dip.” Canadian spot Bitcoin exchange-traded fund operated by Purpose Investments acquired thousands of BTC last month. By May 13, the Purpose Bitcoin ETF had registered its highest-ever Bitcoin holdings at 41,600 BTC.