Six tried and tested on-chain metrics are repeating patterns last seen at the bottom of the past three bear markets.

Bitcoin has broken out of its torpor to notch up a 37% gain since the beginning of 2023. However, on-chain data is still signaling it could be a “generational buying opportunity,” according to analysts.

The first metric is an accumulation trend score highlighting zones of heavy accumulation in terms of entity size and the number of coins bought.

“Large entities have been in deep accumulation mode ever since the FTX collapse,” the analyst noted, adding that “similar accumulation took place in the 2018 and 2020 bottoms.”

The Bitcoin entity-adjusted dormancy flow is a measure of the ratio of the current market capitalization and the annualized dormancy value.

Whenever dormancy value overtakes market capitalization, the market can be considered in full capitulation which has been a good historical buying zone.

According to Glassnode, this metric fell to its lowest level ever in 2022. 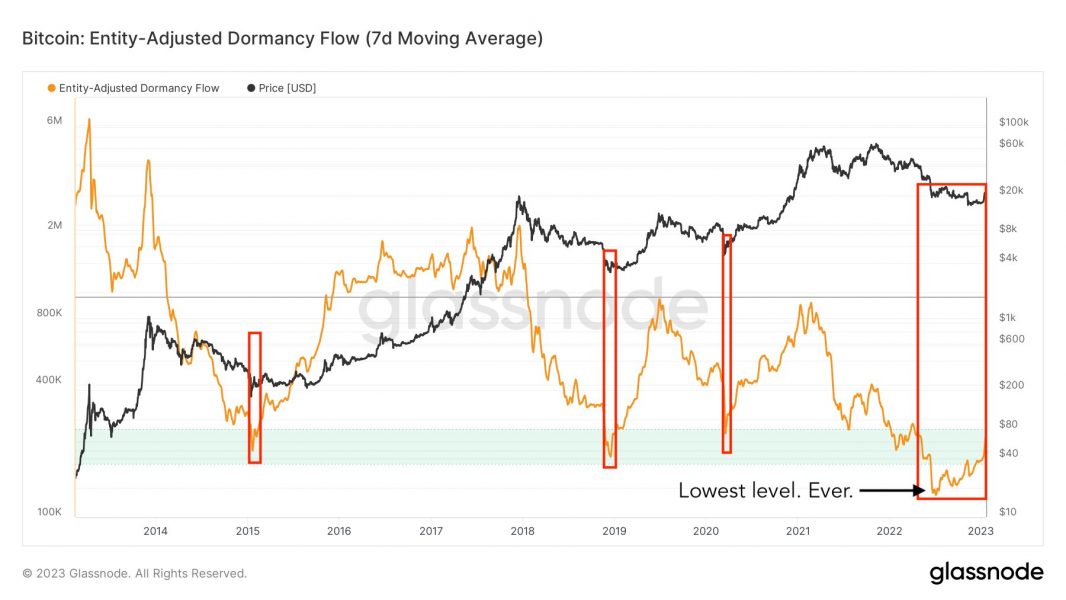 Bitcoin’s reserve risk can be used to measure the confidence of long-term holders relative to the price of BTC. This also fell to its lowest-ever level at the end of 2022, according to Glassnode data.

Bitcoin’s Realized Price (RP) is the value of all coins in circulation at the price they last moved — in other words, an estimation of what the entire market paid for their coins.

According to Woo Charts, Bitcoin has been trading below this level since FTX’s collapse in November until Jan. 13. It is currently just above the RP, which represents another buying opportunity.

The Bitcoin MVRV Z-score shows when BTC is significantly over or undervalued relative to its “fair value” or realized price. When the metric leaves the extremely undervalued zone it is often considered the end of the bear market. 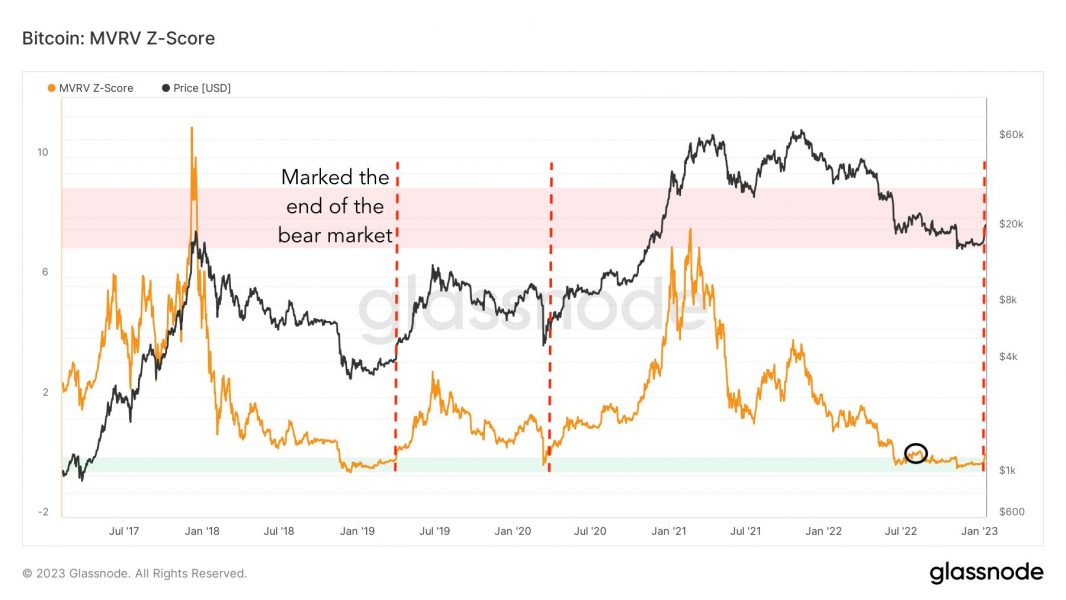 Bitcoin Bitcoin Analysis Bitcoin Price
You May Also Like