The protracted decline in the value of BTC and other cryptocurrencies makes many experts talk about a new crypto winter approaching. But that might just depend on the outlook: If we choose a different point of view, those concerns will seem rather unfounded.

On the night of May 10, the quotes of the first cryptocurrency updated their annual lows at around $29,730, as the daily volume of futures market liquidations exceeded $1 billion. The Fear & Greed Index reached 10 (Extreme Fear). The following day, Bitcoin recovered to over $32,000, and Ethereum was on its way to $2,500.

In the last days, as you wake up in the morning and check the news, all you see is the unending laments of crypto holders: rates are falling, Bitcoin is down to half of the autumn highs, our investments crumble to dust… All accompanied by blood-red charts illustrating the prices decline. Now, would you look at that, Bitcoin has already gone below $30,000! 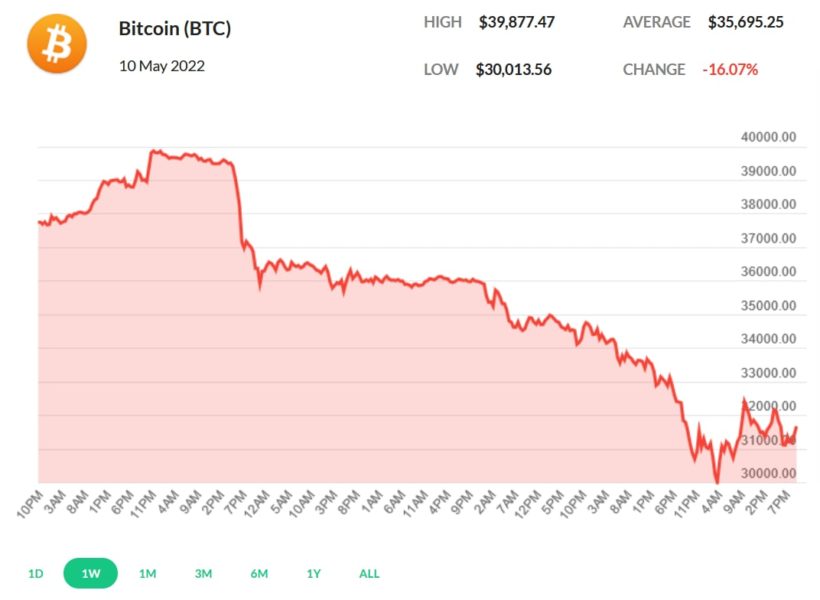 Through all the panic and fear, I still can’t help but notice the cruel irony. After all, the problem is not actually the falling cryptocurrency rates but that, even dreaming of a crypto future, we continue to measure the world around us by fiat standards.

I am fortunate to have witnessed the entire path of cryptocurrencies since the first publications of Satoshi Nakamoto, and something came to my mind recently. I remembered 2017 – a turning point when crypto suddenly turned from a toy for computer geeks and an obscure darknet payment tool into an object of mainstream interest for hundreds of millions of people worldwide. Today, we call it the first crypto mass adoption stage. It happened on a much smaller scale than we see now but was truly revolutionary compared to what had existed before.

I also remember endless articles arguing that cryptocurrencies are the real money of the future, lauding how they are unrestrained and give freedom to people, how they save us from government and bank control, and how they will soon dismantle the traditional financial system.

Back then, BTC was also compared to gold. It seemed a perfect substitute, as Bitcoin does not require the enormous resources needed to transport gold. No one has to declare their crypto when crossing international borders and be exposed to the risk of confiscation or theft that inevitably comes with hauling precious metals.

Sadly, at some point, calling BTC “digital gold” led people into a trap. They started investing fiat money in cryptocurrencies, using it just like any asset growing in price, often without even understanding the blockchain technology or the crypto industry. I personally met investors who made a lot of money on the rising rates but couldn’t tell the difference between PoW and PoS. (Predictably, they soon became the “hamsters” who got “shorn”).

It got to the point of absurdity: people who wrote about crypto as new, real money invested in tokens and coins themselves, and then gleefully counted their profits in dollars – the same fiat money they criticized. The collapse that followed cooled the ardor of many investors. Nevertheless, in 2020-2021 the story repeated itself: pumping the economy with money to counteract the effects of the COVID-19 pandemic caused a rapid increase in cryptocurrency prices and boosted the development of DeFi, but the mindset of market players remained as fiat-centered as before. They still measured their profits in dollars – hence the concerns over the crypto prices dropping.

The cycle continues, and it will happen over and over again until people’s mindset changes – or until the mass adoption of crypto reaches such global proportions that even the dollar begins to fade into the background.

That being said, there may be one other opportunity to quickly change the popular way of thinking, as the crisis wrought by the war in Eastern Europe and rising inflation have become the main threat to the global financial system.

The US Federal Reserve System (FRS) recently said as much: “The FRS no longer considers the coronavirus pandemic the biggest threat. It has been superseded by the conflict in Ukraine and record inflation.” The Fed experts emphasize that the hostilities in Ukraine most contributed to the growth of economic uncertainty.

“Further adverse surprises in inflation and interest rates, particularly if accompanied by a decline in economic activity, could negatively affect the financial system,” the FRS concluded in its semi-annual financial stability report. The paper points out that rising inflation could lead to job losses for ordinary Americans as the interest rates get raised, which could also impact the housing market through increasing mortgage rates.

The economic downturn leads to fiat money being withdrawn from both the crypto market and the stock market, where the picture seems even worse than in the cryptocurrency industry. 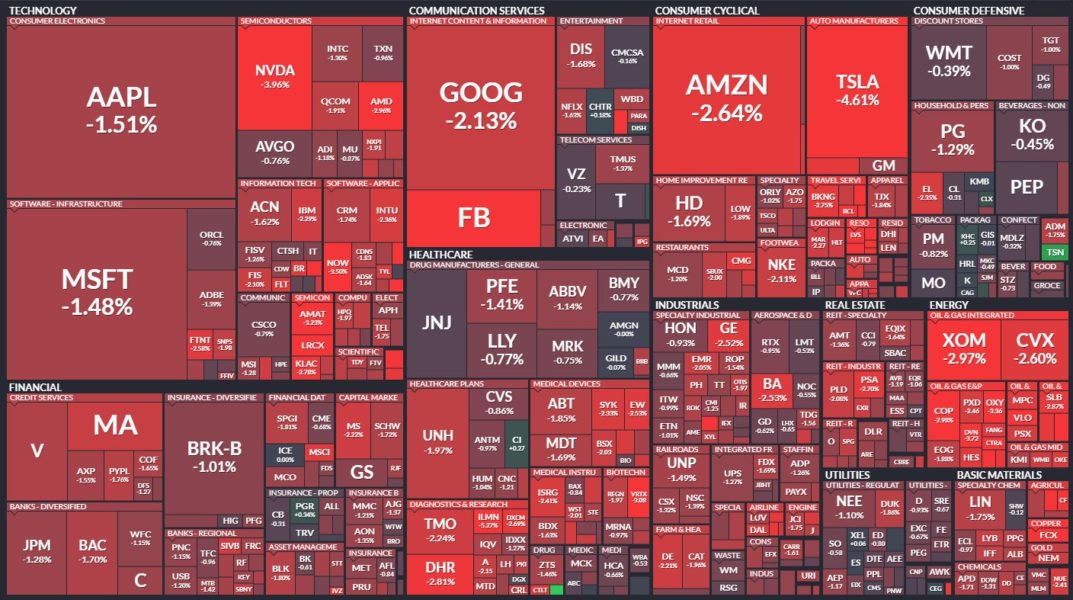 According to analysts at Bank of America, the decline will continue over the next six months. BofA chief investment strategist Michael Hartnett believes the markets are in for months of pain based on data from past crises.

“During the last 19 bear markets, the average drop from peak to bottom was 37%, lasting an average of 289 days. If history repeats itself, then the slump should end in October 2022, with the S&P at around 3000 points,” the experts wrote in their report.

If their predictions are correct, the S&P 500 still has about a 25% slide from current levels. Hartnett also expects the market to spend most of the year in a shock brought by inflation, raised rates, and a recession, which will result in negative returns and increased volatility.

What is the lesson from all this? It is no longer possible to invest in digital assets without understanding how they fit into the overall economic picture. The correlation of, for example, BTC and ETH with the S&P 500 is incredibly high, around 80%, meaning that the stock and cryptocurrency markets behave in approximately the same way.

The FRS, as well as many other countries’ central banks, needs to show that they are serious about combating inflation. After months of talking about someday raising interest rates and cutting liquidity, they finally took action. And now the Fed can’t loosen its grip until inflation goes down. The authorities – not only American but also Chinese and European – are determined to get it under control for reasons more political than economic.

At the same time, for ordinary people, such aggressive intervention by the financial authorities in control of conventional currencies is a good reminder that crypto has long been able to replace fiat and often even traditional banking. It’s time to realize that cryptocurrencies are no longer some hyped-up novelty, but a valuable tool for most financial tasks. Never before has an ordinary person had such a wide range of opportunities as blockchain technology provides today.

Cryptocurrencies are more than just investment wrappers that crafty startups and seasoned venture capitalists turned them into in 2017. It is a technology that opens doors to the financial world that were previously closed to the average citizen. It sounds almost like sci-fi: we got the right and the opportunity to create our own money. We – often without even reading Friedrich von Hayek – learned that money could be ours and not belong to the state. What remains is to see that money can exist without external control – and stop measuring everything in fiat.