The total cryptocurrency market capitalization reached its highest level in over two months on Jan. 13 after breaking above the $900 billion mark on Jan. 12.

While the 15.5% year-to-date gain sounds promising, the level is still 50% below the $1.88 trillion crypto market cap seen before the Terra-Luna ecosystem collapsed in April 2022.

“Hopeful skepticism” is probably the best description of most investors’ sentiment at the moment, especially after the recent struggles of recapturing a $1 trillion market capitalization in early November. That rally to $1 trillion was followed by a 27.6% correction in three days and it invalidated any bullish momentum that traders might have expected.

Bitcoin has gained 15.7% year-to-date, but a different scenario has emerged for altcoins, with a handful of them gaining 50% or more in the same period. Some investors attribute the rally to the U.S. Consumer Price Index (CPI) data released on Jan. 12, which confirmed the thesis that inflation was continuing to drop.

While the macroeconomic conditions might have improved, the situation for cryptocurrency companies seems gloomy. New York-based Metropolitan Commercial Bank (MCB) announced on Jan. 9 that it would close its crypto-assets vertical, citing changes in the regulatory landscape and recent setbacks in the industry. Crypto-related clients accounted for 6% of the bank’s total deposits.

A final blow came on Jan. 13 after Crypto.com announced a new wave of staff layoffs on Jan. 13, reducing the global workforce by 20%. Other crypto exchanges that recently announced job cuts in the last month include Kraken, Coinbase and Huobi.

Despite the dreadful newsflow, the macroeconomic tailwinds favoring risk assets ensured that only UNUS SED (LEO) closed the first 13 days of 2023 in the red. 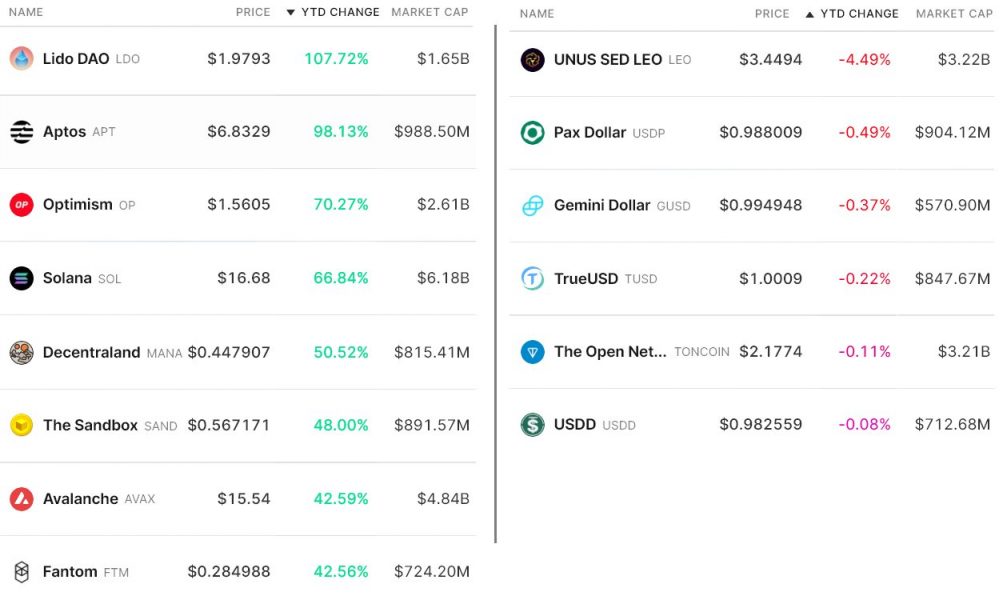 Leverage demand is balanced between bulls and bears

Perpetual contracts, also known as inverse swaps, have an embedded rate that is usually charged every eight hours. Exchanges use this fee to avoid exchange risk imbalances. 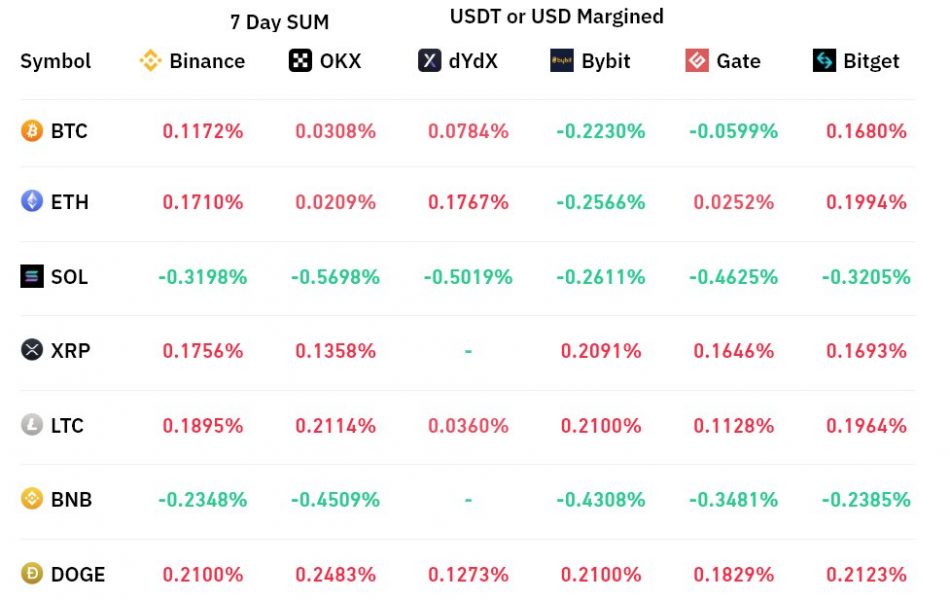 The 7-day funding rate was near zero for Bitcoin and altcoins, meaning the data points to a balanced demand between leverage longs (buyers) and shorts (sellers).

If bears are paying 0.3% per week to maintain their leveraged bets on Solana (SOL) and that adds up to a mere 1.2% per month — which is not relevant for most traders.

Traders can gauge the market’s overall sentiment by measuring whether more activity is going through call (buy) options or put (sell) options. Generally speaking, call options are used for bullish strategies, whereas put options are for bearish ones.

A 0.70 put-to-call ratio indicates that put options open interest lag the more bullish calls by 30%, which is bullish. In contrast, a 1.40 indicator favors put options by 40%, which can be deemed bearish. 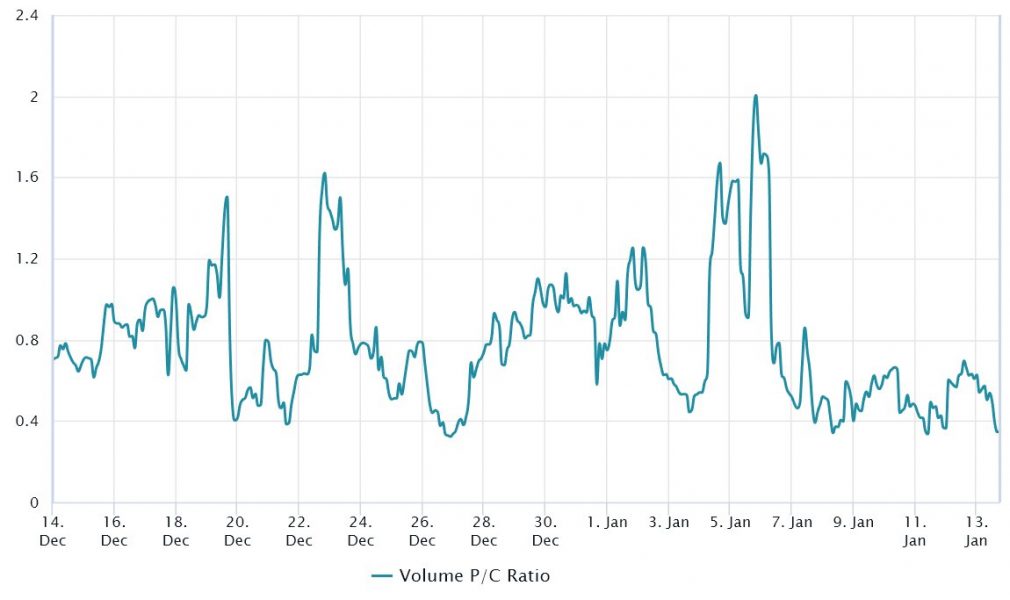 Between Jan. 4 and Jan. 6, the protective put options dominated the space as the indicator soared above 1. The movement eventually faded and the opposite situation emerged as the demand for neutral-to-bullish call options has been in excess since Jan. 7.

Considering the 15.7% gain since the start of 2023, derivatives metrics reflect zero signs of demand from leverage shorts or protective put options. While bulls can celebrate that the $900 billion total market capitalization resistance faced little resistance, derivatives metrics show bears are still patiently waiting for an entry point for their shorts.

Considering the market’s bearish newsflow, bulls’ main hope remains solely in the framework of a favorable macroeconomic environment, which largely depends on how retail sales data reports next week.

China is also expected to release its economic figures on Jan. 16 and the U.S. will do the same on Jan. 18. Another potential impact on price could be the United Kingdom’s CPI print which is set to be announced on Jan. 18.

The views, thoughts and opinions expressed here are the authors’ alone and do not necessarily reflect or represent the views and opinions of Gulf Crypto Insight.

This article does not contain investment advice or recommendations. Every investment and trading move involves risk, and readers should conduct their own research when making a decision.