Paul Veradittakit of Pantera Capital believes now could be a good time for new entrepreneurs to enter the crypto space.

Despite depressed crypto prices and recent company collapses, one of the key investors behind crypto hedge fund Pantera Capital believes there’s never been a better time to start a blockchain company.

As part of a Jan. 23 post about the year ahead from a number of executives at Pantera Capital, Paul Veradittakit, General Partner at Pantera Capital explained that “On average,” people working in the crypto space are more educated and passionate about crypto than in previous cycles.

Strong start to the year! https://t.co/gFe5fUM0gT

Overall, he said, “we are seeing a higher percentage of startups coming to market with strong teams — entrepreneurs coming out of established crypto startups like Coinbase, larger tech companies like Facebook, Uber, and Square, and legacy financial institutions like J.P. Morgan and Goldman Sachs.”

The market is still very bearish, with some companies folding and prices recovering lost ground, but Veradittakit believes it’s still a worthwhile time to be in the space, citing the billions invested into the space from venture capital firms in the first half of 2022, adding:

“In our experience, bear markets typically represent a time where there is less noise and distraction from building.”

“In addition, we’ve observed that institutions and enterprises are more open than ever before to working with blockchain companies to enhance their businesses,” Veradittakit said.

The general partner said he has also observed volume shifting toward highly-regulated exchanges and DeFi-based decentralized exchanges as people try to protect their assets from bad actors, which could inspire the next generation to enter the crypto space. 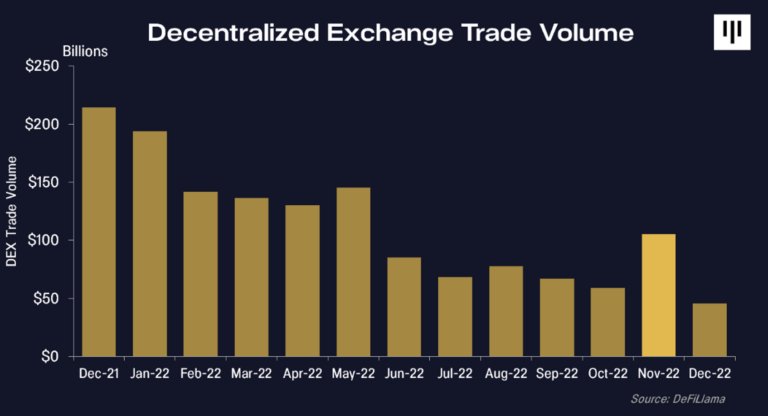 “With more scrutiny around trust and security, we believe there are opportunities for startups in areas like self-custody, security, insurance, and identity,” he said.

“Despite lower prices, I think the space is clearly in a much better position than ever.”

According to Morehead, since 2017, developer infrastructure, which was “Practically non-existent back then,” has improved dramatically.

“It’s just so much easier to write smart contract-based systems now than in the previous cycle,” he said.

“Every other area of the stack has improved, whether test suites or automated tools to catch common bugs in smart contracts, to having IDE support for Solidity,” Morehead added.

There is still plenty of fear, uncertainty, and doubt (FUD) floating around in the wake of FTX’s collapse and the resulting contagion in 2022 but Morehead believes the industry is still very much alive.

“People were saying, ‘crypto is dead’, yet I believe it was one of the best times to get in the space, start building serious things, and a great time to deploy capital into crypto. It really is darkest before dawn,” he said.