El Salvador has recently hosted a conference of several dozen developing countries’ heads of financial departments. They discussed the digital economy, servicing the unbanked citizens, and the integration of cryptocurrency into the financial system. 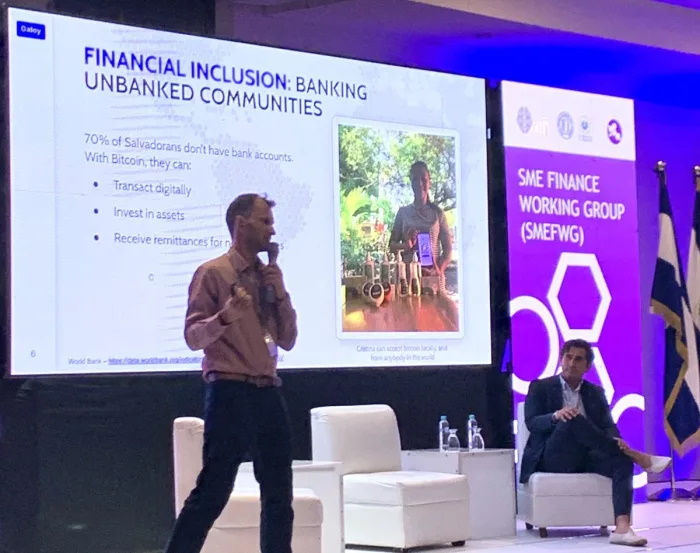 As you see, the countries gathered in El Salvador were mainly weak “Third World” economies. In times of crisis, they were the ones most interested in unconventional opportunities for restructuring their financial systems. Some, perhaps, were even trying to use the experience of Cuba and shift the responsibility for economic policy onto the population and businesses by allowing them to freely use cryptocurrencies as a means of payment.

Bitcoin has long become a self-regulating system with a capitalization that is probably higher than the summary budget of all countries at the El Salvador summit. So BTC alone can already replace the central bank in an average developing country. And if the state also takes a responsible approach to implementing crypto as a means of payment, the effects can be remarkable. While the central banks of developed countries are trying to fight inflation by raising interest rates and extracting money from circulation, the financial authorities in poorer nations might as well take a risk and introduce a free flow of cryptocurrencies, relying on them as a self-regulating market. And this is despite the high volatility inherent to crypto: people in developing countries are not fazed by price fluctuations, especially when the most common digital coins have much more liquidity than the majority of their national currencies.

It is hard to miss the historical parallels here. In July 1944, the mountain resort in Bretton Woods, US, held an international conference, which went down in history as the Bretton Woods Conference, or officially the United Nations Monetary and Financial Conference. It brought together representatives of 44 states – members of the anti-Hitler coalition – tasked with developing post-World War II international monetary and financial relations.

The conference resulted in agreements on the creation of such international financial institutions as the International Monetary Fund (IMF) and the International Bank for Reconstruction and Development (IBRD). Most importantly, a deal was reached on the principles of the exchange rate formation. In the end, we got the so-called Bretton Woods monetary system based on a fixed gold parity of the US dollar. It functioned until the early 1970s, when Richard Nixon announced the US withdrawal from the system. However, officially Bretton Woods ended with the 1978 establishment of the Jamaican Accords.

Nowadays, once again, 44 countries gathered to discuss the foundations of a new global financial structure – this time based not on the gold standard, but on blockchain and cryptocurrencies. Although I am probably overselling it: this is not actually about a new monetary system for the entire world. Most likely, global finance is heading for a kind of a schism. Peripheral nations with a low share of global GDP will switch to using cryptocurrencies – and will certainly get a boost to stabilize their economies and remove numerous trade barriers. At the same time, developed countries will either rely on tight monetary policy or experiment with MMT. The new world order will be heterogeneous, maybe even contradictory.

By the way, did you notice how many African countries attended the summit? Having seen that, I would venture a guess that Africa may soon overtake Latin America in the cryptocurrency adoption race.

A short while back, Crypto Valley Venture Capital (CV VC) and Standard Bank did a study on venture capital investment in the African blockchain sector, publishing the results in the African Blockchain Report 2021. Among other things, the document says that the total amount of private equity in blockchain startups on the continent in Q1 2022 exceeded $91 million.

The report also states that the bulk of venture investors’ money went to development teams from Nigeria, Seychelles, Kenya, and South Africa. Compared to the same period last year, funding increased 11 times. Researchers see the possibility of crypto companies with over $1 billion capitalization, the so-called unicorns, appearing in Africa in about two or three years. In five years, with the same growth rates, the region will be ahead of the rest of the world in terms of digital currencies and blockchain services implementation.

One aspect that makes African countries such promising markets for the crypto industry development is large areas that lack traditional financial infrastructure. They make it much easier to create a new system of monetary relations, as nothing hinders the introduction of innovations.

But let’s get back to the El Salvador conference, where all the participants could download their own bitcoin wallets and make purchases using BTC. With Lightning wallets, attendees were able to make instant bitcoin transactions, allowing them to, for example, buy coffee and coconuts from local merchants. 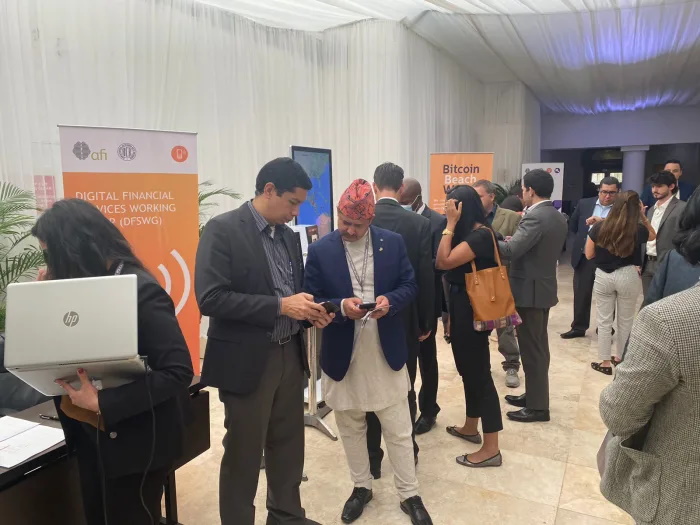 On May 19, the last day of the summit, 90 central bank and financial executives from all participating countries traveled to Bitcoin Beach in El Zonte to personally experience the new financial system based on cryptocurrency settlements. The vendors who worked there were delighted to be a part of the event, and one fruit salesman even told reporters later that the central bankers “looked excited about the fact that we are actually using BTC here”.